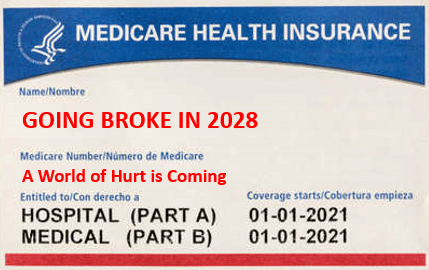 The Medicare Board of Trustees Report for 2022 has recently been published and the news for the most part is pretty good, though there is some bad news too.

Key takeaways from the MBT Report:

It would seem that the Trustees are stating that those Medicare beneficiaries who succumbed to Covid-19 tended to be more costly. With their untimely passing the Trust Funds within Medicare may be in better shape as their previous “high” costs will no longer need to be met.

Compounding this astute observation, the Trustees are projecting:

The Trustees’ solution to offset this demise of the Part A Trust Fund (HI) is for the current Administration and Congress to pass legislation that will immediately increase revenue for Medicare.

“Current-law projections indicate that Medicare still faces a substantial financial shortfall that will need to be addressed with further legislation. Such legislation should be enacted sooner rather than later to minimize the impact on beneficiaries, providers, and taxpayers.”

What all this means for the costs Medicare beneficiaries can expect to incur through 2031 are:

The Trustees do not establish the income thresholds within IRMAA, but they do estimate what the surcharges may be in the future. Those estimations track the current projections of the Medicare Part B premium.

In terms of previous Trustees reports the 2023 report is showing signs of positivity. The projected rates of inflation rates have decreased from previous years and the subject of insolvency, when it comes to the Medicare program, is being pushed further out.

When it comes to what today’s and tomorrow’s Medicare beneficiaries can expect to pay in costs the wild card is how the current Administration along with Congress will interpret the Trustees’ request for changes.

There are 4 options our politicians can use to ensure the solvency of the Medicare program which are:

Again, there is some positive news in the arena of Medicare. The bad news is that Medicare is still going broke, just not as fast as once determined.

They only question to ask now is:

What will Congress and the current Administration do to you to save the program?

Your health is your greatest asset, the time to plan for it is today.