Medicare’s Hold Harmless – what is it

Through the “Medicare Catastrophic Coverage Act of 1988” Congress created a provision, the Hold Harmless Act.

The goal of this Act was to ensure that those collecting Social Security would not see their benefit being consumed by Medicare Part B premiums as they aged.

An example of how the Hold Harmless Act benefits retirees:

Since no one received an increase in their Social Security benefit everyone remained at the 2015 Medicare Part B premium of $104.90.

The result: instead of retirees seeing that $5.00 a month COLA going into their pocket that $5.00 was paid directly to Medicare. this offset that years’ premium cost. Retirees received the same Social Security benefit as 2015 while their Medicare Part B premium rose to $109.80 a month.

By 2018 the Medicare Part B premium did not increase and, thankfully, Social Security provided a 2% COLA or roughly a $27.38 increase in benefits.

The problem though, retirees where still paying $109.80 a month for their Medicare Part B premium. The actual cost was still at $134.00 a month.

Instead of retirees receiving that $27.38 a month increase the difference they owed to Medicare for Part B was subtracted. They only received, on average, an increase of $3.28 a month.

Below is chart of what happened:

But wait, when it comes to the Hold Harmless Act there is more.

In 2007, through the “Medicare Modernization Act of 2003“, Medicare implemented the Income Related Monthly Adjustment Amount (IRMAA).

IRMAA is a surcharge placed upon the current year’s Medicare Part B and Part D premiums for those who have generated the wrong type of income.

Ultimately, if you have too much income you pay more for your Medicare.

The surcharges start at roughly 40% more and range as high as about 240% of those premiums. All surcharges are automatically deducted from any Social Security benefit being received.

Due to this Act by Congress anyone who reaches a Medicare’s IRMAA bracket will not be Held Harmless. They can and possibly will experience a decrease in Social Security benefits.

Solution: manage the income that is generated while retired to help control Medicare premiums.

What counts as income towards IRMAA:

What does NOT count as income towards Medicare’s IRMAA:

Unfortunately, that Traditional 401(k) will be used against you in retirement through Medicare.

This one financial instrument (Traditional 401(k)) will lead to:

To control your health costs in retirement, save your Social Security benefit through the protection of the Hold Harmless Act proper planning for retirement is a must. 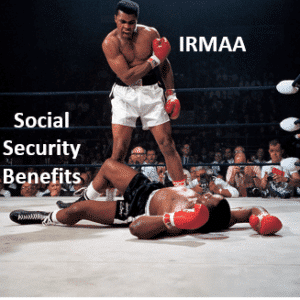 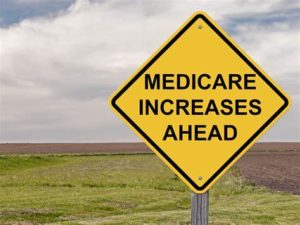